Some Americans Abroad – Oh, the Humanities!

HART Theatre’s current production, Some Americans Abroad, is an often humorous but curiously unsettling exploration of some of the characters, conventions, and pretensions of a (presumably Ivy League, but unnamed) university English Department. Playwright Richard Nelson clearly knows his subject well, but for the audience it sometimes seems like a series of black and white New Yorker cartoons linked by a parody of high-toned and obscure literary criticism and intellectual dishonesty.

Set in England during one of those ubiquitous summer education programs meant to inoculate undergrads with culture by immersing them in classic theater, the show revolves around (a) the plight of lecturer Henry McNeil, one of the program chaperones who is on the verge of non-reappointment (what, in the non-academic world is called “being fired”), (b) the cowardly angst of Department Chair Joe Taylor, who takes the easiest short-term path by lying to Henry about his impending fate, (c) the temporary disappearance of student/tour participant Donna Silliman, who ditches several plays to hang with a newfound love from Brown (until he goes off to Paris with his actual girlfriend), (d) Silliman’s ploy to earn a passing grade by claiming to have been groped by another professor, Philip Brown, and (e) Brown’s affair with yet another professor, Frankie Lewis. The white-knuckle drama is heightened by some truly frightening revelations – McNeil’s Ph.D. is from (gasp) Case Western Reserve University (buried as it is in the heart of flyover country, how good can it be?), McNeil has promising job opportunities, but at the high school level (oh, the humanity!), Joe and Philip are at serious odds on the value of George Bernard Shaw’s oeuvre (can you feel the tension now?), and McNeil has overpaid a car rental company by (gasp again) five pounds! Out of the Department’s budget! Add in the failure of former department chair Orson Baldwin to formally invite McNeil and his wife to visit their home in the English countryside and you have the stuff of which nightmares are made.


Director Stephen Kelsey acknowledges in his notes that the show is “driven by more character than plot” – thus, casting the right actors is key, and Kelsey most definitely has done just that. Joe Taylor (Jim Crino) might seem, to those unfamiliar with academia, to be an exaggeration – but we have known humanists just that self-centered, hypocritical, and domineering. Crino succeeds in making us thoroughly despise – job well done! Tom Witherspoon plays McNeil as a wide-eyed innocent willing to accept his colleagues’ covert disdain, hoping against hope that he can retain his job by being thoroughly unobjectionable. We are told repeatedly that “everybody likes Betty” (McNeil’s wife, played by Angela Michtom) and we could not agree more. Michtom brings emotional strength and honesty to her role, and has more cojones than all of the male characters in the cast put together. Maille O’Brien’s portrayal of Frankie Lewis is comparably strong; although she is betraying her husband, she shows a fiery loyalty to her paramour, Brown. Despite the contradictions in her character, O’Brien gives a clear and concise interpretation and remains likeable throughout. Dan Kroon’s reading of Brown makes it difficult to see what inspires this loyalty – his constant arguments with best friend Taylor are studies in small-mindedness.


The remainder of the cast bring strong backgrounds to the show. Of particular note – Dalene Young’s portrayal of Harriet Baldwin is attractively quirky as she remains pleasantly disconnected from the academic politics swirling around her. Tourists Ilana Watson and Brandon B. Weaver embody the stereotype of the Ugly American – but perhaps could rein in their enthusiastic boorishness a bit.


This is a short engagement, so next weekend will be the last opportunity for Anglophiles, literary critics, and lovers of droll character study to see this rarely performed work.

Some Americans Abroad runs through Sunday, July 28th, at the HART Theatre, .

Posted by Westside Theatre Reviews at 11:07 AM No comments: 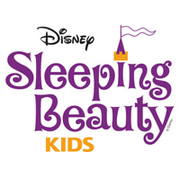 By Tina Arth and Darrell Baker
﻿﻿
It’s never too early to introduce children to the magical world of theater, whether from the audience or the stage. Forest Grove’s CAST Playhouse proves this at Theatre in the Grove with their absurdly charming offering of Sleeping Beauty Kids, a 45-minute adaptation of Disney’s movie take on the classic fairy tale. Like the children around us in the audience, we could not take our eyes off the stage as 23 kids from five to twelve brought the love story of Princess Aurora and Prince Philip to life on Saturday evening.


Director Ashli Zijdemans’ dedication shines through the enthusiasm and energy of her cast, who all give 110% to the production. There are too many sparkling performers to name them all, but each of the eight principals brings something special to the stage.


King Stefan and Queen Stefanie (Madison Brandenburg and Sara McVean) are properly regal, keeping a stiff upper lip as they face the heartbreaking decision to protect their newborn from the evil Maleficent’s curse by sending her away. The three fairies, entrusted for sixteen years with the safety of the young princess, deliver many of the show’s funniest moments. Flora (Mariah Mollahan) provides mature leadership to her tiny band, the sweetly cooperative Fauna (Samantha Kennedy) and the hilariously feisty Merryweather (Luella Harrelson).


Wendy Upton portrays the aptly named witch Maleficent with a flamboyant and all-pervading wickedness well beyond her years. Her icy delivery and confident vocals keep the audience, as well as Princess Aurora, quite thoroughly spellbound.


﻿
Abby Cogswell (Princess Aurora) and Kiran Bourget Snyder (Prince Phillip) are a wonderful match – Aurora beautiful, naïve, and sheltered but immediately drawn to the handsome and worldly prince in disguise. The almost-lost art of ballroom dancing is momentarily resurrected in their touching waltz.


Three ensemble groups round out the cast – the fairies in training, the forest animals, and Maleficent’s goons. They provide strong choral support, and the goons are uninhibitedly energetic throughout.


The show’s educational role extends beyond the cast, as the 5-person tech crew (all under 18) provide flawless support. The set, while simple, is effective – and set changes are achieved in record time. The colorful and elaborate costumes dress not only the performers, but the stage, and add to the medieval ambience of the story.


Many thanks to Theatre in the Grove, CAST Playhouse, the Cultural Coalition of Washington County, and the Public Arts Commission of Forest Grove for ensuring that kids in Forest Grove have access to critical theater arts experience. The minimal ticket prices and open registration for the cast mean that no child who wants to participate is turned away. The show has one more weekend to run, and we strongly recommend that you show your support by taking your kids, grandkids, or anyone who’s young at heart to see Sleeping Beauty Kids.

Sleeping Beauty Kids runs through July 21st, with performances at 7 pm on Friday the 19th and Saturday the 20th and a 2:30 matinee on July 21st. Tickets are available at Theatre in the Grove, , Forest Grove.

Posted by Westside Theatre Reviews at 9:31 AM No comments:


﻿
By Tina Arth and Darrell Baker

There are people who love Cats (we refer, of course, to the musical, not the wee beasties), and there are those who do not. Prior to Friday night’s opening at Broadway Rose, we would have placed ourselves quite firmly into the latter group. As we left the Deb Fennell Auditorium, we realized that although the Broadway Rose production had not magically transformed us into Cats fanatics (sorry, Mister Mistoffelees), it had definitely reinforced our love for this marvelous theater company. Irrespective of our perhaps narrow-minded perception of Andrew Lloyd Webber’s enduring classic, the current Broadway Rose offering is simply spectacular.


From the moment the lights came up, we knew we were in for an extraordinary evening – the lighting and set are breathtaking. Musical director Eric Little has outdone himself: the vocal ensembles are the best we’ve heard this year, and he conducts the first-rate orchestra with unerring control, even when the score is at its most strident. The imaginative and vibrant costumes and makeup added color and life to the stylized junkyard setting.


Director Lyn Cramer has assembled a solid cast of singers and dancers. Some of the strongest performances are delivered by several Broadway Rose veterans, who show surprising skill as dancers in addition to the vocal prowess we have come to expect from them. The most memorable song in the show, of course, is “Memory,” and Amy Jo Halliday (Grizabella) delivers two very distinctive interpretations. In Act I she gives the number a soft and wistful tone, while her much louder Act II rendition reflects her desperation at the losses that come with aging and the threat of dying. Norman Wilson (Skimbleshanks) is impossible to miss – he provides key support in practically every ensemble number, and his big solo, “Skimbleshanks the Railway Cat,” is a show highlight that gives this talented actor a chance to display his amazing voice and agile footwork.

﻿﻿
Sara Catherine Wheatley (Jellylorum), last seen at Broadway Rose’s New Stage reprising her role as Patsy Cline, proves that she’s much more than just a country singer with “Gus, The Theatre Cat,” a haunting and evocative number. While most of the show’s nearly non-stop dancing is derived from ballet, modern, and jazz, Wheatley (with fellow performers Ecaterina Lynn and Megan Misslin) adds sparkling variety with a lively tap routine in “The Old Gumbie Cat.”


Few musicals rely as heavily on dance as “Cats,” and some of the area’s best dancers are brought together for this show. In a production where standout performances are the norm, special recognition is still merited by Don Kenneth Mason (Munkustrap), Sarah Shelton (Jennyanydots), Christopher Patterson-Rosso (Growltiger/Rumpus Cat), and returning veteran Scott Cherry (Plato/Macavity).


It was clear from their enthusiasm that the opening night audience was heavily populated by Cats fans who were delighted with this superb production. Undoubtedly many who entered as Cats doubters left the theater as true believers, as evidenced by the rousing standing ovation at show’s end. We strongly suggest that you buy your tickets soon.

The Broadway Rose production of Cats is playing at Tigard’s Deb Fennell Auditorium, , through the 21st of July.
Posted by Westside Theatre Reviews at 11:11 AM 1 comment: